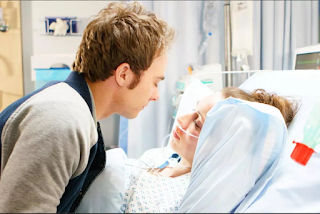 "Dont become a forgotten memory... you are the one I never wanna miss thinking about."

As she said these words, tears dripped from her eyes. He couldn't do anything else than to hug her tightly and wipe away her tears with the sleeves of his white shirt.
Only prayers and nothing else slipped from his lips as he watched her disappear behind the doors of the operation theatre.

Sometimes it's a person for a lifetime that we want to live with... but time slips away like sand and moments disappear in thin air.

I wonder what makes two people stay in love like their life wouldnt end ever...

May be life is not meant for anything else...than to realise at end that we only craved for the three words.... for one person... and the heart stops to beat... breaths collapse... in one moment called death.

Souls turn lonely....lonelier with every minute.
Sometimes there is so much to talk about but no one to....And sometimes it's easier to be silent than to utter even a word.

Many things unsaid remained, as she returned thinking of him, after many years of losing her memory... only to retain a slight flutter of her heart beats upon seeing him.... too late you must say...but there's never too late to love and be loved.

As I see them...together I wonder, why he stayed loving her even though she forgot him all these years....but then who could say heart cannot recognises the vibes.... of its other half?

As I wave them goodbye, I almost catch myself sobbing ...