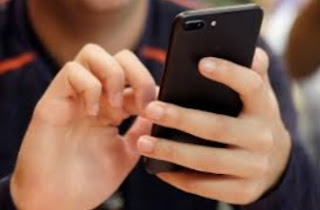 Twenty two months...since I know her... a woman who became more than a friend to me. We met through a social site...where she posted some of her pics. The more I scrolled her profile...the more I got interested in her. At first...it was just out of curiosity... a new prey she was to me...and I wanted to trap her without any failure.This is the advantage of social sites...the victim never knows ...which information has led to her fall... there are clever ways to know how to go into that... likes ... books ... movies ... groups ... places visited ...things liked which fall in a particular emotion...like sad songs, etc.

I had mastered this art since the beginning days of Facebook. And if you take my advice...stalking someone quietly is more advantageous than blowing the trumpet by liking their posts or commenting continuously. But sometimes the predator becomes the prey itself.

But my case is different. It all started with a friend request....loz... sounds the title of Ravinder Singh' s novel. Yes it started that way but ended totally differently. My request for ignored several times...my pleading went unheard most of the times and the reason was well... unknown. I tried hard to get into the dense fencing around this lady but to my utter surprise...she never spoke in the inbox.I tried catching her attention in the comments then....but she would remain diplomatic.

But then like a blessing one day... she answered my message with a bang... "THANK YOU". And left the conversation when I tried to initiate it with a "hello". So much for it.I was totally bowled out.How could she do that to me....me who always wins over girls...but wait...she's not a girl...but a woman...and as you know .... a woman is very hard to please. And this is what I like the most....challenges...I love to win...a challenge...and am The One....not to be messed with!
First step cleared....she answered...right?

Now to go a little slow...cleverly I put my trap. Sometimes sweet honey words dont do the trick that much but some harsh realities pinch and make the sore wounds bleed and that's when the prey actually surrenders and this trick is a Man's game. Simple flirts can't handle this...it is like a burning charcoal on the palm and you have to cross the river carrying it...without letting it fall in the water or on you.

And you know what.... it makes your prey so vulnerable that they would give in so easily and quickly that you would make them go down their knees and confess how much comforting it is to be with someone like you.

I started with simple" hi's and you look gorgeous in your  pics " with girls. But this lady wasn't that easy to please. She was a no nonsense taker. What I gauged from her profile and comments was that she had built a very thick wall around her and wanted no one as a company. Diplomatic birthday wishes and hard life posts was what I found on her timeline. But I knew one thing...behind closed doors...there are always secrets...for graves are not for the alive but for the dead to be forgotten and kept out.

The only way to reach her was to addict her with words that would soothe her....because I felt she was hurt....and that too very badly...

But ... all the while when I was thinking about her, my killer boy instinct was fading away too....I was realising my thinking pattern was changing....I was thinking good about her...my motive of disturbing her peace of mind changed to becoming her friend...her well wisher...her companion...for she didnt need honey words...she needed a listener....a calmer to her nerves...the storm that she carried inside but wasn't able to control or may be she needed someone to make it explode and let the world know its ferocity.

My intention at first was to make her fall for me...but as time passed...I realised it was me who was falling for her. And guess what... now I dont know how to end the fire that I had began. It's as if I have to abandon her half -burnt.  But now it has taken over me and I cannot extinguish it.

Sometimes, the lies that you speak become your reality... the thin line between the vague and real fades so slowly that you never know when you cannot escape your own heart.