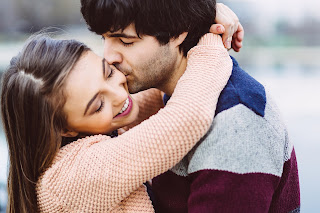 My heart was torn, when I had no news of him....I waited on the steps near the pavilion. My heart kept on swinging beats from four to one....anxiety took over me....whether he would come or not , I had no idea.....
The dripping rains, I thought were the reason of his absence but now the sky was getting clear of the dark clouds.The sun was showing in slowly, yet mildly like waiting with me for him to appear here .
It has been three hours and he hasn't even called me. Am more than nervous....am more than destroyed. My sobs start without warning and I hear the sad sound of my heart .
May be...may be.... But it is now time and I can't fool my heart any more. He won't come. Am left alone....abandoned like an unwanted child.
I call him on his number , the ring is buzzing .....he takes my call and in bewilderment quizzes me about my whereabouts. I tell him am outside the metro railway station, waiting for him. And he gives in a surprised sound not knowing it. He tells me to wait there and he'll come.
I feel this wait is endless until I see him through my crying eyes nearly thirty minutes after that call.He comes and hugs me and calls me stupid and idiot. For I came for him from Bangalore to Delhi unannounced.
I told him about his letter, which he kept in the book. And he was shocked that it was the same letter he wanted to give to his first crush at college but couldn't. That undelivered letter chose me to open it and I received all the love, he wished to give to his crush.
I was surprised whether it was for me , yes I assumed it was for me, for it was addressed to Navya and my name IS Navya..