He waited for me till the end... 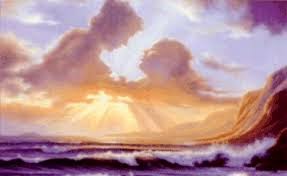 I met Him first I don't know when,
But I knew him well, he knew me well...


Then one day when I was asleep,
I felt his whisper nearing me....
His gentle touch made me shiver,
His lips were singing my name....

I woke up to find him holding my hand,
He was singing, indeed my name aloud...
He took me to dancing and smiling and singing
Again and again all the time.

Then at last he kissed my hand
And said,"You are mine...
Come lets go, come lets rejoice
For I have come to take you along...."

His look hypnotised me,
His smile mesmerised me.
Just don't know what happened
I got up to go with him....

I felt his grip so hard and
Love so compelling to part,
I accepted to go with him
When something happened
There were hues there were cries,
I wondered why...


I turned to see and to find.
I understood then
That Death was the one
Who kissed me that night


But now it was time and no chance was mine,
To wave him back goodbye....
He kissed me on head and again said
Its time to go Oh my beloved... 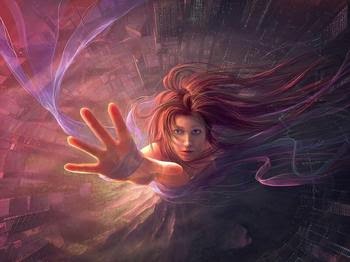 I walked a distance with him without choice,
But there was a hand that held me tight...
I turned back to see where I was being wept,
My son was holding on and saying Don't Go


My eyes were wet,
Death looked at me
And I confessed.
He didn't ask me and just left....


I came back to senses only to mention
I was asleep in my bed......


Then one day again he paid me a visit,
He said it was hard to resist
Seeing me every now and then.
He told me he wasn't angry ,
But when will I accompany
Him to his far away land?


I answered him
When my son'll be old enough
To face the hardships of life without anyone
He laughed and giggled and smiled
At my innocent replies.
He kissed me again this time
But his eyes showed his tears alike
He had his back towards me
And said he'll come when the time is ripe...


For many years I didn't see him,
I was busy with earthly regime.
And then one day I saw him again
Wearing that lovely mesmerising smile.


I was standing, he came up to me
Taking my hands, he asked me how was I???
I smiled back at him and said I waited for him 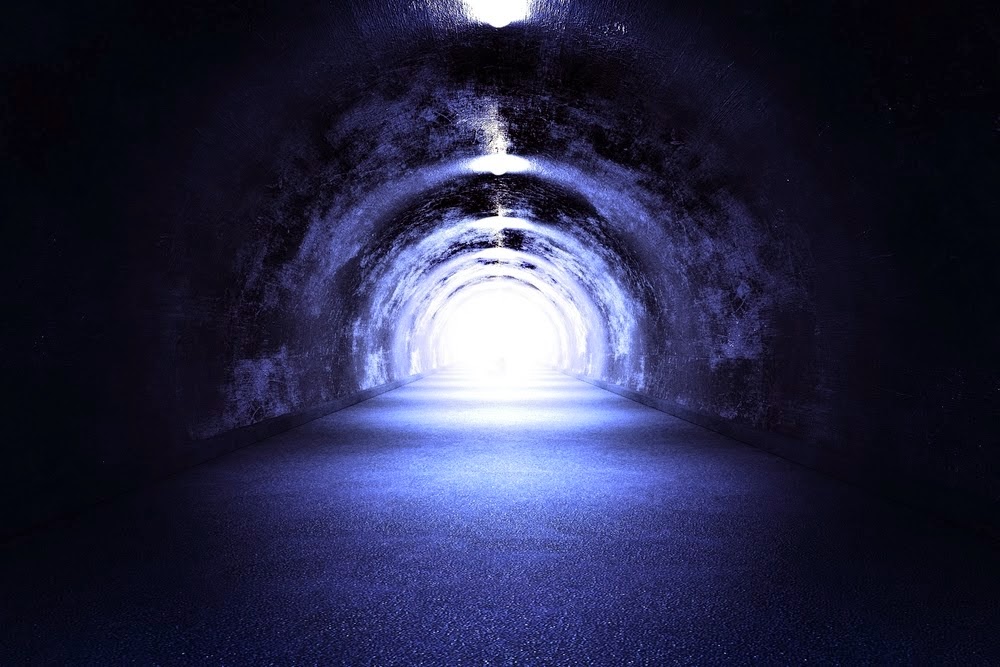 From so many days and nights.


He took my hand and looked at my eyes
And said ,"Just come with me, my bride."


I walked with him,
To his home
With  a large large door.
What happened next I know nomore ....

Neeraj Pant said…
Nice Poem. Nice lines.
But I don't understand the importance of these lines:
At my innocent replies.
He kissed me again this time
But his eyes showed his tears alike

Why is death cried? There is no reason for its crying.Moreover, I don't think that Death needs to cry for anything.
16 December 2014 at 23:29

Ravinder Kaur said…
Thanks Neeraj Pant for liking....If you read the poem carefully, you'll see that death calls the speaker of the poem as "beloved".Death is accompanying us everywhere we go.When we cut our nails or hair, a part of us is dead.He laughed at my innocent replies i the poem means when death approached to take me I gave a reply that my son is ot old enough and needs me more than he does.Why he laughs because no reason i the world is that important in front of death.We humans always feel somerhing or the other as important.Death laughs at my reply for as a beloved he feels my reply as innocent, out of love and responsibility for my child.why he has tears bcoz he wa ts me with him but I refused to go.Poet is a free soul Neeraj....no time or dimension matters.Poetry is imagination, its words give image and truth doesnot matter.It is the world of emotions and hope you get my point but critism I always welcome becoz everybody has a different perception.

Neeraj Pant said…
Poet is not a free soul. He has responsibilities to express the realities, experiences and beliefs in and out.
Death may feel pity on your reply. Death knows one day or another, you/we will be accompanying him.

And,no, I didn't get your point. Poetry is not a mere imagination and Truth matters. Though, manner of telling truth may differ.
How can you expect someone writing mere imagination, away from truth.

Your poem is not away from truth. It is good but:
1.It lacks any rhyming structure.
2.Structure is bit mismanaged.

Ravinder Kaur said…
Thanks again Neeraj for your opinion.....And I do respect your views. This poem is just an imagination not a true incident, for nobody knows how death will approach any person. And about the weak points of the poem, yes I say am not a professional but am learning to be better than yesterday. Thanks and I am grateful to you for pointing out to them.
17 December 2014 at 22:09