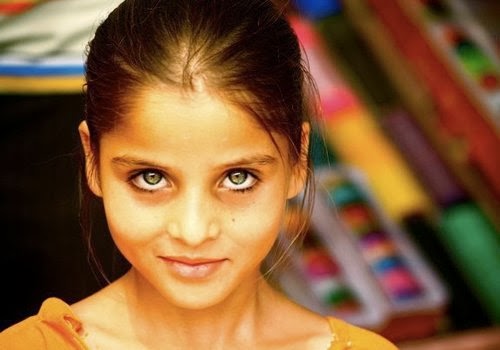 Some time ago, when I was a little girl, I used to love my life and felt I was in complete happiness, when suddenly one day this dream broke as I read about people aborting girl child in India. HOW PITY.....  The very essence of creation, the most beautiful creation of GOD, how people of a land which is called spiritual, do this! How can they kill a child before she is born thinking of the consequences they fear.

Well what  shocked me was  that in India a GIRL CHILD is considered to be A BURDEN. There are some social problems like dowry ,death rituals , property rights, family name, etc...... The land I knew as spiritual, tolerant in herself had the biggest irony  - the country is HER not HIM, our "motherland" and still people are doubtful about a child so innocent who is not even born, a mixed expression of humour and sadness comes to me when I think of it.
The present is what past has made it. The attitude of man dominated society has changed the overall look and texture of our levels of acceptance of a women's behavioural pattern.Due to the so called vulnerabilities we have made her so weak that she needs a man to protect her from all the uncertain activities going in the society.Women is weak physically but emotionally she is a hard rock.That is what she is expected to be.She is the source of love,care and every emotion you can think of.But the irony is that a person who is a mother of a generation is looked down upon as a burden.Something which should be seen as a red alert.....If a woman is killed in the womb ,the entire generation of human being is destroyed but with that a person a child is challenged her right to live......her basic right of existence.

Well, the present situation is that the sex ratio has gone down so much that the government is in dilemma about what the UNICEF will have to say. The problem will not save the then girls or women from the evils of the society as many think. The less in number of girls would be subjected to a society where they'll have to fear the male who outnumber them.

The world has changed a lot , WOMEN are getting their share in every field all round the world, but their basic right of existence is questioned here. If we are not letting them take birth then no matter what reforms are - they are meaningless! I think a girl is a reason to smile for a father. I have read somewhere that where a father is not moved by his son's success, he gets painful by his daughter's tears. And how come the social evils force couples to kill their baby, I don't want to understand if I am to.

From birth to death woman is subjected to many harsh conditions.When a girl child is born ,people do not feel happy .They console saying its god's will as if a girl child is a curse for the family.People tend to forget that she is as important as a boy .Its just are perception, our  view that she is not that important.In ancient times women held high place.Deities like Lakshmi, Saraswati, Parvati ,etc rivers like Ganga,Godavari,Krishna,etc were worshipped.


But with time the place of women in society deteriorated. Women were not allowed to learn, i.e.they were deprived of education .Due to superstitions and social beliefs child marriage was practiced. Upon marriage dowry conditions .On the  birth of child the maternal family had to provide for funds and and on each occasion the girl's family has to pay cash or in kind Upon death of the husband they were subjected to cruel practice of SATI ,burning with the husband's pyres.Such was  the whole scenario in post independent India. Women was considered a burden. the present era though is not also harsh but fatal for women. Incidents like rapes, molestation, honour-killing,dowry still prevail while making it more dangerous to be a girl a woman...


Government can only make reforms but what about our own conscience?
People have to shed off the cloak of man and woman complex and see both as divine creation of god so humble so potentially equal.....Till we ourself uplift our thinking we cant do any good to the society as a whole .Woman is integral to the society and its falling number is a horror siren that is ringing on full volume.
Educating people about the consequences of this gender going out of reach can significantly help.While there'll be number of boys in the country but  comparing to the number of girls,there will always be instability.

Its not India I am talking of and to, I am talking to each individual round the earth that 'girls are angels, let them fly, they'll make your world a blessing'. Give them a chance to enter your world. I have observed kids both boys n girls, the most wonderful thing that distinguishes them is that if you cry, a girl child would come and put her hand on your shoulder and try to console you but not that rat whom you bring all those chocolates. She would reveal every secret to her father b'coz a father is every girl's first love, whom she can't forget for any diamond in the world. She would fight with neighbors if somebody tried to scare her little brother , the one with whom she would fight without any reason but, for any reason not let anybody else touch him in the world.

She is a beautiful flower in God's garden, he has made her so for you to learn that when GOD is in a mood of love, forgiveness he creates a girl child. When you ask for forgiveness, he makes a beautiful gift for the mankind, the woman is his loving gesture!

I am neither a teacher nor a preacher........ I am a woman ....... and it hurts me more to read in news what is going on in the society......  I can only ask people like you who are reading this, please respect a girl child she is not a burden, give her a chance and she'll not let you down.... you'll be proud to be parent of a girl who'll fill your life with happiness, beauty and joy..... just let her live and help make this world a beautiful place and safer for her and others to live.......Even though the UNICEF is trying to get with nations around the world to have strict rules for the protection of girl child but it is up to the people to understand what can be the consequences if girls perish ....... imagine .... just imagine ............A WORLD WITHOUT WOMEN ..............................can you imagine even a day without your mom, sister or your wife. THINK UPON.......

On the brink of being vulnerable... 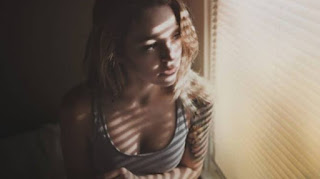 How slow we made it...to this. Slowly hearing out our hearts, our sore wounds that would always ache like hell. We comforted each other only to leave back our skins that no longer served us.  Do you really think we have to be this vulnerable? I get scared at the mention of it. May be I dont know how to or may be my walls are so thick that I cannot break them.  Each day I have cemented one more layer over them. Now it seems more like a grave enclosing me in, than my fortress. Do you think this is needed? The last wall to be thrashed to feel what vulnerability is?  I get scared that my armour would be destroyed, hurting me more... exposing me to something I might not be able to protect myself from. But some days.... I want to break down...show the real me to you and tell you yes it hurts to miss you... to love you because I can live, knowing that it's safe to love you from a distance than to find myself crumbling under your stare....than to say that it's all a
Read more